OPINION: TikTok’s Dilemma in U.S. — Should it be banned? 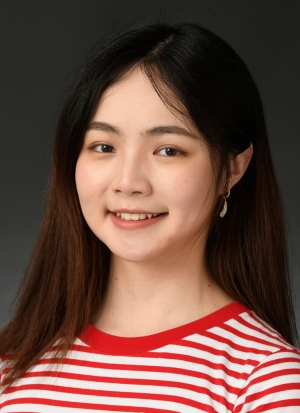 JONESBORO – TikTok is a Chinese video-sharing social networking service by ByteDance, and is used to create videos such as short music, lip-sync, and comedy of 3 to 15 seconds. The app’s most popular function amongst its users is to create lip-syncing and dancing videos. It is simple but omnipotent. TikTok includes interesting videos like Youtube, music like Myspace, filters like Instagram or Snapchat, and communication like Whatsapp.

Recently, President Donald Trump suddenly announced that the U.S. government would consider banning the use of TikTok because of concerns about national security. The executive orders argue the Chinese government can access data from TikTok which utilizes an artificial intelligence algorithm to grab content from its user’s information stream and push it after deep mining, which can be potentially leveraged for espionage or blackmail.

I think this is absurd hegemonic behavior of the American government. The Chinese government responded strongly believing the U.S. has blurred the concept of national security, and made resumptions of guilt and issued threats to relevant companies without any evidence, which violated the principles of market economy. TikTok should not be banned and treated in such a threatening way.

TikTok operates strictly in accordance with the laws of the United States. As a short video application, it aims to provide entertainment for the public. Donald Trump should not use political means to suppress U.S. competitors. It is an example of extreme protectionism, which directly disrupts the free market economy.

According to investment bank Piper Sandler’s report, TikTok surpassed Instagram in the United States and became the second favorite social application amongst teenagers.

Also, the ban has been widely resisted by well-known bloggers on TikTok. Nine bloggers with around 54 million fans stated in an open letter to Trump that TikTok has achieved interactions that cannot be achieved on social media such as Facebook and Instagram. TikTok gives them a platform to show their talents and bring joy to other people. If the platform is banned, they will lose a major source of creativity and their happiness in life.

I disagree with the argument that TikTok is an urgent threat to U.S. national security. Like all Chinese technology companies, ByteDance must comply with Chinese censorship laws, which forces the app to provide user data to the Chinese government. But TikTok’s content review work is led by the American team and is not effected by any foreign government. In addition, if TikTok is a threat to American national security, so then are popular video games such as League of Legends, whose maker Riot Games is owned by China’s Tencent.

If all countries in the world use imaginary risks to make things difficult for these popular social platforms, will there still be common applications in this world? If such unfounded national security principles are promoted globally, the biggest losses will undoubtedly be American tech giants such as Apple and Microsoft.

For people who are not American citizens, such as me, an international student, this ban order will have a great negative impact on our lives. TikTok is a platform for us to communicate with family and friends far away in the United States, and it means that we will lose the opportunity for long-distance communication if it’s banned. Trump’s executive order is going to make the U.S. a hostile place to visit, study in, or immigrate to. For a diversified immigration country like the United States, banning TikTok is not a wise decision.

The current series of American crackdowns on TikTok are actually an act of anger under the failure of competition. Behind the legitimate success of Chinese companies and the suppression of a Chinese app that is highly recognized by the American people, is an unfair ban that attempts to obviously make the Trump administration gain favorable interests.

If the government really cares about privacy and data collection, then it is better to find an unbiased solution to their problem than to ban the app by using mandatory administrative orders.