Politics Aside, Opioid Crisis Must be Stopped 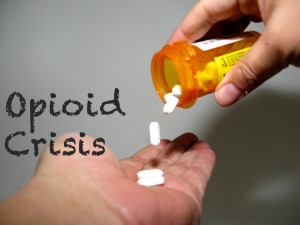 JONESBORO – With political opinions more heated than ever, both parties agree the opioid crisis is an epidemic that needs to be stopped.

The death rate due to prescription drug abuse in the United States has escalated 313 percent over the past decade. Opioid prescription drugs alone were involved in 16,650 overdose-caused deaths in 2015, accounting for more deaths than from overdoses of methamphetamine and cocaine. The U.S. Centers for Disease Control and Prevention determined prescribed drugs or painkillers sometimes can lead a patient to a life-long addiction.

Opioids help those who suffer from chronic pain and need help dealing with it. Not only are they easy to obtain from doctors, but they are relatively cheap for those with or without insurance. The long-term effects of using the prescriptions can lead to a dependence that leads to other health issues including brain and liver damage, a built-up tolerance, and a change in character that can influence a person’s life.

It can have long-term effects on personal relationships with friends and families causing divorce and child custody battles. It can affect someone’s career by not being able to pass a drug test and not being able to keep a steady job. The use of prescription medications is also used as a gateway drug that can lead to much harder and more expensive illegal drugs. The abuse of substances can also lead to criminal acts. Whether it’s driving under the influence or stealing to obtain more money to buy the drugs, opioid use can cause people to make poor decisions that can ultimately ruin their life.

When it comes to the political side of this situation, the two primary U.S. parties are often torn. Republicans often suggest opioid abusers should be punished ultimately for the misuse of prescription medications to try and get ahead of the problem of them upgrading to harder drugs. Conservatives are known to vote to enforce punishment because they see opioid abuse as a choice.

“When it comes to being a Republican, it is often seen as us trying to jail drug users instead of sending them to rehab like most Democrats want to do,” said A-State College of Republicans member Wesley Armstrong.

Many Democrats see drugs abuse as a mental illness. They claim punishment is not the answer to this problem; it needs to start with rehabilitation and medical attention. Liberals suggest reducing the number of unnecessary prescription drugs would help the nation economically.

The Food and Drug Administration’s Center for Drug Evaluation and Research and programs such as the Prescription Drug Abuse Prevention Plan are helping to develop a way to control unnecessarily prescribed drug consumption. The first phase of the Prescription Drug Abuse Prevention Plan is to educate medical school students, prescribers, dispensers and the public about safe opioid prescribing.

A-State pre-med student Stephen Bell offered his thoughts on learning about the process.

“When you decide to take a step into the medical field, it comes with a lot of responsibility. Knowing the signs of abuse is a major key to determining how to continue prescribing and how to get someone the help they need. We as doctors have to understand that this is an ongoing issue that is unfortunately directly caused by us. It’s our job to help fix it,” Bell said.

Some states have passed mandatory prescribed education legislation. In addition, some administrations have continued to improve the system of safe disposal of expired opioids with the help of law enforcement agencies, successfully disposing of over 2.8 million pounds of unused medication since 2013.

Prescription drug abuse strikes every sense of an individual’s life, including their intellectual health, conduct and even physical appearance. The consumption of drugs can be caused by events that produce an excess of anxiety, sadness or hyperactivity. The use of drugs in a household can lead to destructive and violent behaviors; the effect drugs have on a family can be present many generations later, causing a chain of bad events to unleash in the community throughout a time span. 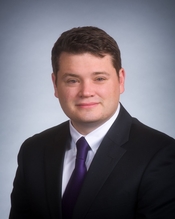 District 69 Rep. Aaron Pilkington suggested government officials should compromise for the good of the country.

“If our political parties can learn to compromise and see that both have some great ideas to help, our nation will be able to help combat opioid abuse by being more aware of the drastic consequences of abusing something that was once a privilege given to the citizens of the United States of America to help with health problems,” he said.

Federal and state agencies have already started looking for solutions to end the misuse and abuse of prescription drugs by educating the general public, medical students, monitoring physicians and any opioid legal prescriber about this issue. This ensures they are not medicating excessively.

The methods and programs being implemented are small steps to get rid of the opioid epidemic that is taking over so many lives.